In the cutthroat world that we live in, it should come as no surprise to many that not even family can be trusted sometimes. Especially when you’re rich, successful, and famous, having a conniving relative can be far more dangerous to you and your image. It would seem that rapper, Kanye West, has discovered this the hard way after it’s been alleged that he was forced to pay a cousin – who as of yet has still remained unnamed – $250,000 to prevent the gossip world blowing up with a Kanye West sex tape with an unknown woman.

Well, that must certainly sting, and considering this latest bout of information, his recent breakdown is beginning to make a lot more sense.

Another cousin of West, Lawrence Franklin, was responsible for bringing this incident to the public’s eye. In an interview with Mail Online, Franklin alleges that an unnamed cousin of West discovered the tape through a laptop that West had given away as a gift some years previously. The matter was settled privately, with West being essentially extorted for $250K to recover the sole copy of his sex tape.

It would seem that Kanye himself has not been silent on the matter, as lyrics referencing the incident were included in his hit song, Real Friends:

“I had a cousin that stole my laptop that I was fuckin’ bitches on/Paid that nigga 250 thousand just to get it from him.”

According to Franklin, this incident was the point at which West’s downward spiral began, which as we all know recently culminated in a breakdown during one of his performances. Franklin further states that this led to Kanye developing trust issues and an aversion to trusting people in general.

Or, maybe Kim is feeding Kanye some advice: leak a sex tape and get the media’s attention on that, instead of his mania induced meltdown on stage.  These two are masters at manipulating the public — but they also love attention.  A Kanye tape may really drop some day.  Hopefully it’s with Kim.

See the rest of her leaked nudes here > 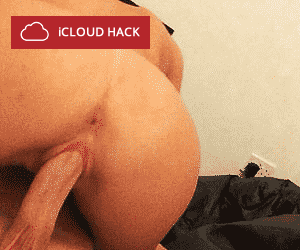